The company history of KraussMaffei has been scientifically examined by Johannes Bähr, Paul Erker and Maximiliane Rieder. The result of their work has now been published as a book* on time for the 180th anniversary of the company. On 480 pages, they describe in detail the development of our company through the time of its foundation to the present day.

The first chapter deals with the period from the foundation to the end of the First World War, followed by the "period of extremes" from 1918 to 1945. The transformation into the world market leader for machines for plastics and rubber processing is portrayed in the third section, which also covers the most recent development, the incorporation in the ChemChina Group.

In 1838, the banker and entrepreneur Joseph Anton von Maffei, who was of Italian origin, set up a locomotive factory in Munich, the Eisenwerk Hirschau. The first locomotive "Der Münchner", which could reach a top speed of 30 km/h, was delivered in 1841.  In 1866, Georg Krauss created a competing firm. With their locomotives, Krauss and Maffei played a considerable part in the expansion of railway transport in Europe. Boom phases, periods of war and the crises of the 1920s left their mark equally on the development of the companies J.A. Maffei AG and Lokomotivfabrik Krauss & Cie. In 1930, as the world economic crisis was reaching its climax, Maffei AG got into economic difficulties and was taken over by Krauss in 1931. The company was now called Lokomotivfabrik Krauss & Comp. – J. A. Maffei A.-G. München, and from 1940 it officially became Krauss-Maffei AG. The main strength was still in the construction of locomotives. However, the portfolio expanded from 1925 onwards with the addition of motor trucks and later tractors. This product range also continued through the years of the Nazi dictatorship and the Second World War. 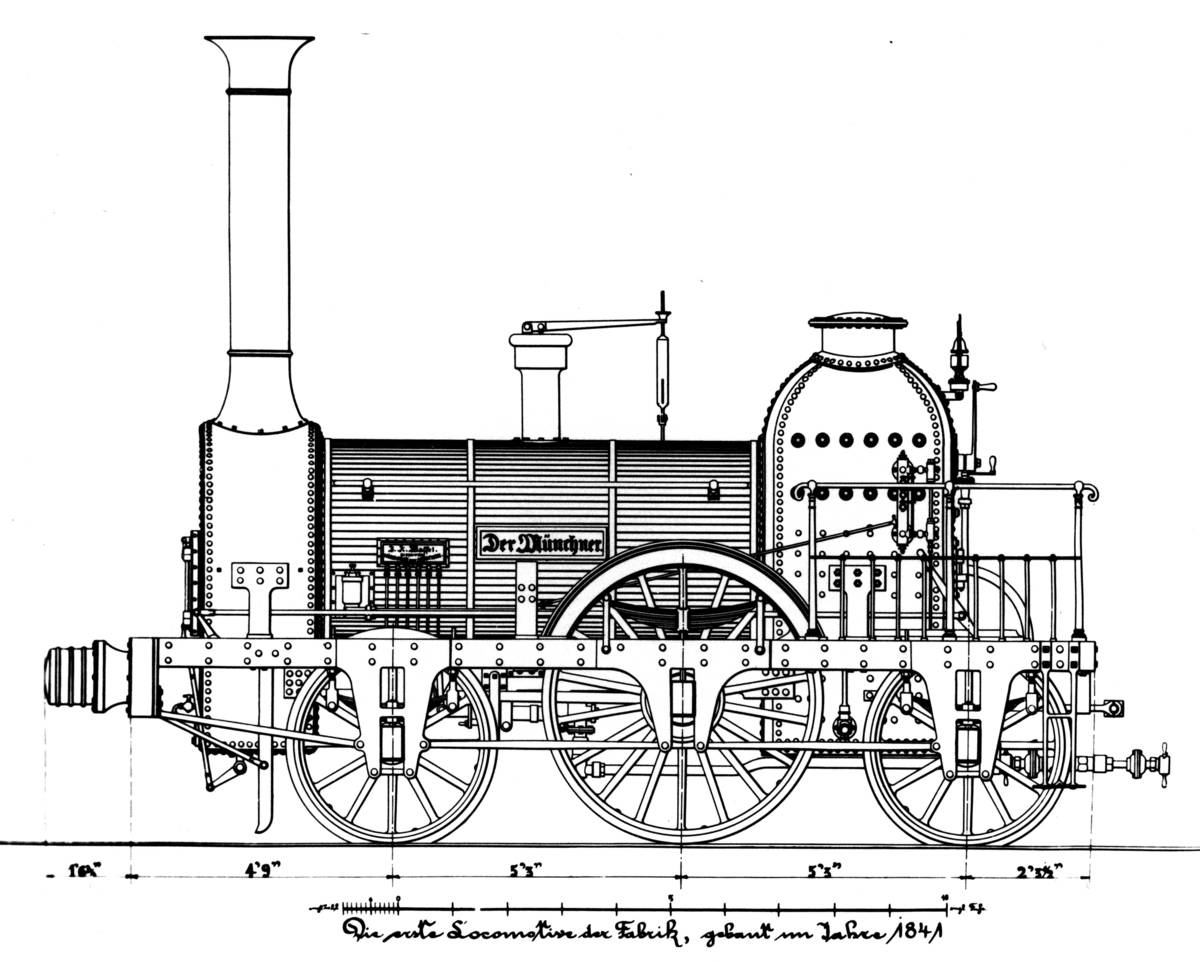 The first locomotive "Der Münchner" was delivered in 1841 by Eisenwerk Hirschau.

Alpha 1 is legendary - a multifunctional laboratory machine with a clamping force of 5000 tonnes.

The transformation into one of the most important armaments manufacturers in Germany and later the market leader for plastics machines with a purely civilian portfolio took place only after the Second World War. This phase was anything but straightforward. These chapters thus also provide interesting material, and not only for those with historical interests. Precisely also in the plastics processing segment, the pioneering spirit that has prevailed at KraussMaffei since its foundation is still present. The first injection molding machines were built in Munich-Allach in 1957. Almost 30 years later, the plastics machinery production was an independent public company and its technology led the world. In 1986, every fifth machine for the manufacture of CDs came from KraussMaffei. As early as 1987, a microprocessor control system was a standard feature of the machines. The Alpha 1 is legendary - a multifunctional laboratory machine with a clamping force of 5000 tonnes that had been commissioned by General Electric. It weighed around 1000 tonnes. KraussMaffei's connection with the automotive industry has been especially close for a long time. It's no coincidence that the 5000th injection molding machine of the B series went to an automobile industry supplier in Asia in summer 1994.

With the introduction of the MC series in the two-platen clamping concept, from 1995 it was possible to construct injection molding machines around one third shorter. In the same year, the first twin-screw extruder for the production of PVC profiles was also put into use. With an output of 1000 kg per hour, it produced two profiles at the same time.

For the entire company, plastics machines became increasingly important. In 1995, the turnover of the division exceeded one billion DM for the first time, and in 1997 already half of the Group's turnover was generated by this segment. A number of company purchases had contributed to this development. Netstal Maschinen AG in Näfels/CH has belonged to the Group since 1991. Specializing in PET preforms on high-precision multi-cavity molds, even today it still makes an important contribution to the company's success. As another pillar, in 1994 Berstorff Maschinenbau, which specializes in systems for rubber processing, was acquired. At the end of the 1990s, there was a reorganization of the ownership structures, which finally resulted in the KraussMaffei Group comprising companies for the three segments of injection molding, reaction process machinery and extrusion technology or rubber processing. Since April 2016, KraussMaffei has been part of the ChemChina Group, and is continuing its way into the future with this strong support.