A foundation stone for a new KraussMaffei

It is the next chapter in an 182-year history: In November 2022, after more than 100 years, KraussMaffei leaves its Allach site and moves its main plant and headquarters to Parsdorf, a district of Vaterstetten in the Ebersberg district. The laying of the foundation stone symbolizes the new KraussMaffei of the 21st century.

The move should be completed in 2023. The plant in Munich-Allach will be closed. KraussMaffei Automation in Schwaig is leaving its previous site and is also moving to Parsdorf. In future, everything will be under one roof: the corporate headquarters, the injection moulding and reaction processing divisions, as well as the manufacturing and automation departments

"Our plant in Parsdorf will be the KraussMaffei factory for the 21st century. It is part of the biggest investment and renewal program in the history of our company."
Dr. Michael Ruf, CEO of KraussMaffei

Up to 2,500 employees will be able to work at the new site on an area of 250,000 sqm with modern workplaces in the administration, production, logistics and training centre. Initially, three new production halls, a customer experience centre, an administration building and two modern multi-storey car parks including e-loading stations will be built on the site. Modern logistics, efficient work processes and consistent digitalization will increase productivity and make the site more attractive for employees. Future innovations in production and in the research and development of new products will also be easier to achieve.

At the new location in Parsdorf, the 'Smart Factory' concept of the project developer VGP will be realised: "Sustainability and energy efficiency are central parameters for the properties developed by VGP. In Parsdorf, we rely entirely on the 'Smart Factory' concept. This means, for example, modern building technology, including a photovoltaic system, a combined heat and power unit, heating and cooling sails in the offices, active hall ventilation and air conditioning, sprinkler systems, early fire detection and intelligent LED lighting with light and motion sensors," says Jan van Geet, CEO of VGP, explaining the Parsdorf concept, "In 2019 we have set ourselves the goal of having all new buildings in Germany certified according to the DGNB system (German Sustainable Building Council)," van Geet continues.

The construction of the new KraussMaffei site in Parsdorf represents a forward-looking step not only for KraussMaffei but also for Bavaria. Roland Weigert, Vice Bavarian Deputy Minister for Economic Affairs, was delighted with the decision to locate in Parsdorf: "The mechanical engineering sector with its global players is a pillar of the Bavarian economy and KraussMaffei, as a company with a long tradition, is a figurehead for the industry. The investment of around half a billion euros in Parsdorf speaks for the quality of Bavaria as a competitive and sustainable industrial location. In these challenging times of structural change and Corona, this commitment sends an important signal to stay here or to come back. The innovative strength of mechanical engineering in Bavaria will continue to contribute to value creation and prosperity in the future. The promotion of research and development and securing the appropriate investment framework are therefore core elements of the Bavarian government’s economic policy. “

Leonhard Spitzauer, Mayor of Vaterstetten, is also pleased about the project: "VGP is a reliable and professional partner for us, with whom we can further strengthen our location. We are very honoured that KraussMaffei is moving its headquarters here".

KraussMaffei will build a total of four new plants by 2023, two have already gone into operation. "In Parsdorf, just like in Laatzen and at our other sites around the world, we want to mould a modern, innovative KraussMaffei. In March we opened our new plant in JiaXing, China, and a few weeks ago the new plant of our subsidiary Burgsmüller in Einbeck. And we recently celebrated the laying of the foundation stone in Laatzen near Hannover, too," says KraussMaffei CEO Dr. Michael Ruf, explaining the group's location strategy. "I would like to extend a special thank you to our Chinese owners. Without them, we would not be able to implement the renewal of our company and thus our growth plans". 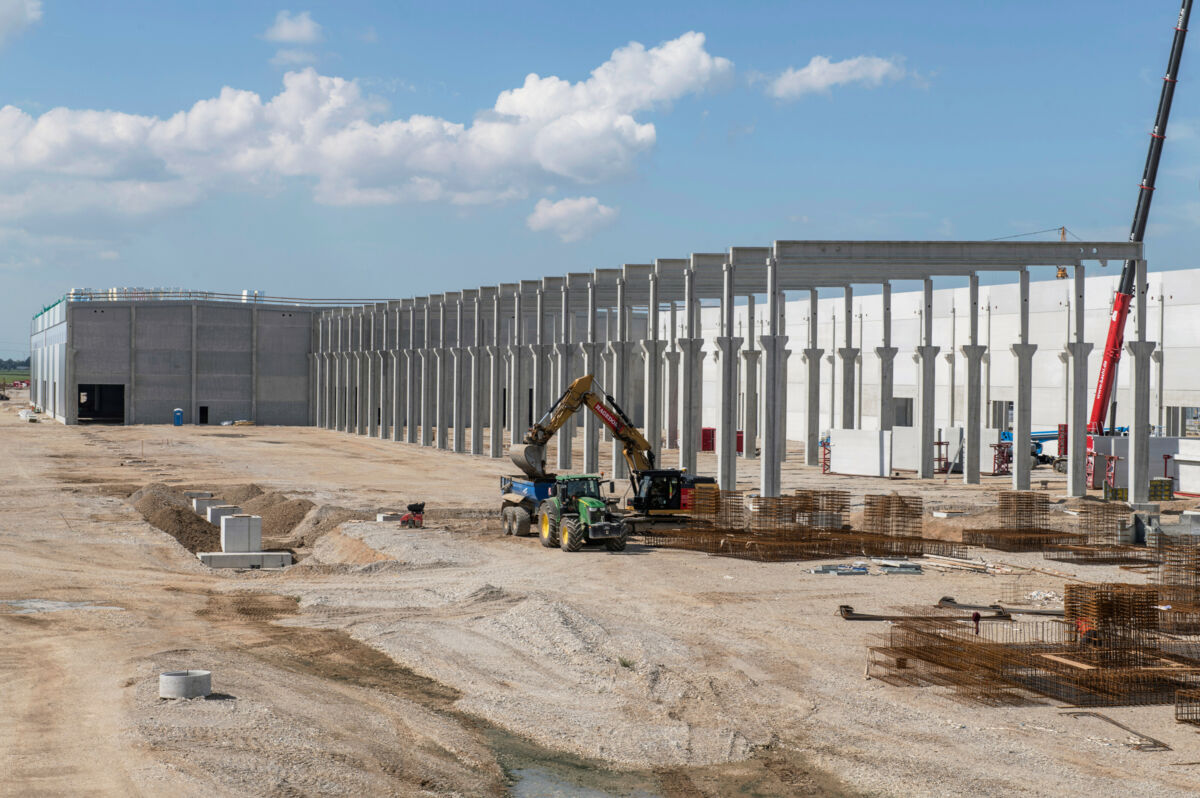 Dr. Michael Ruf sees the laying of the foundation stone in Parsdorf as a good sign for KraussMaffei: "In 10 years, we'll remember this day and say that September 11, 2020 marked the beginning of a new era in KraussMaffei's 182-year history.