This year, KraussMaffei Automation celebrates its 40th anniversary. An era characterized by a great deal of courage and pioneering spirit. In the development of high-end system solutions from the fields of injection molding technology and automation, the focus has always been on the customer. 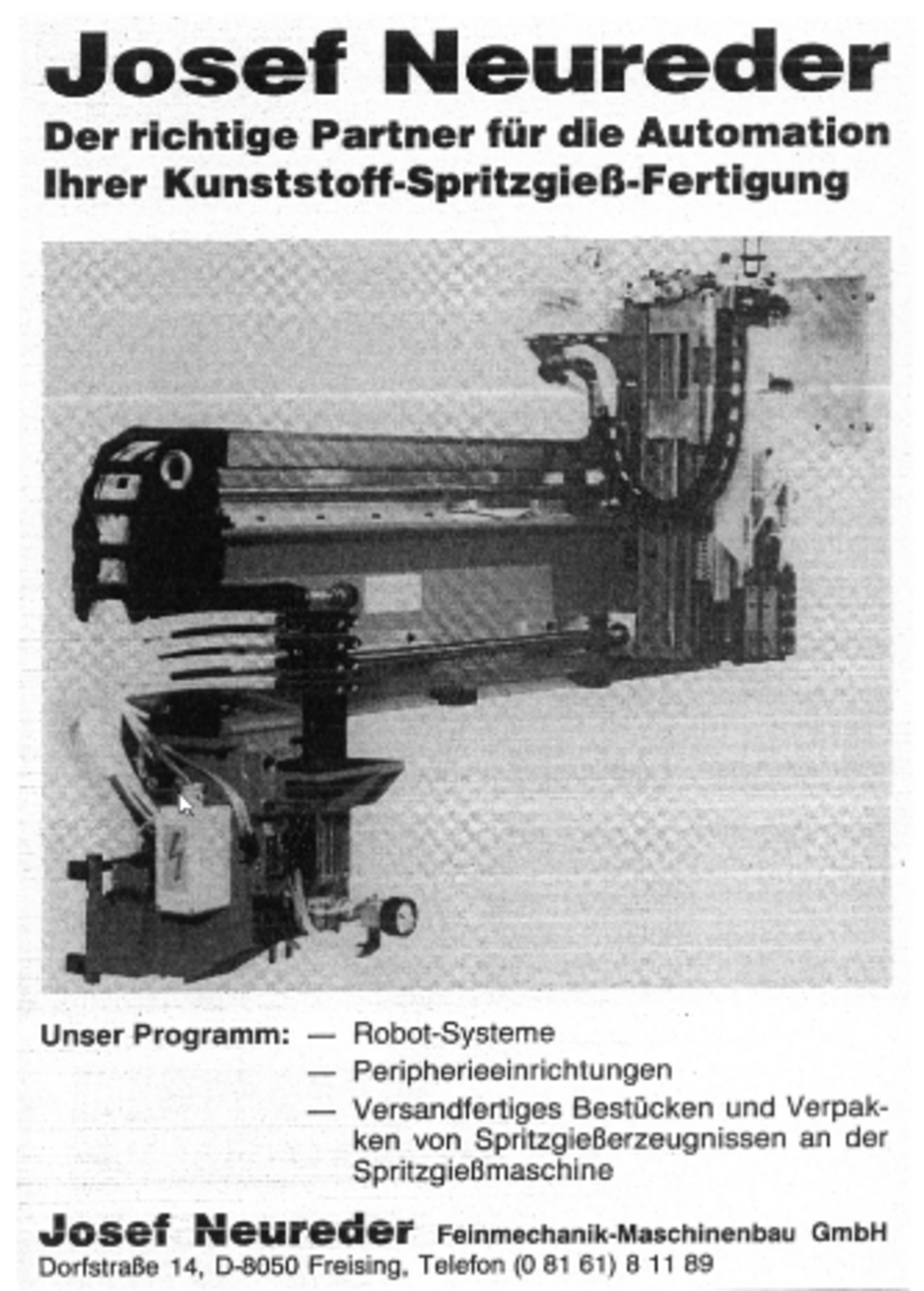 It all began in 1982, when Josef Neureder founded Josef Neureder Feinmechanik-Maschinenbau GmbH at the age of just 25. He did this out of the conviction that he could "build better robots than his employer at the time". This bold approach proved to be the right one.

The first product was the N 01 linear robot, the great-grandfather of today's KraussMaffei LRX linear robot with MC6 control. In 1985, the IR industrial robot was integrated for the first time. Neureder was Managing Director of what later became KraussMaffei Automation for many years.

In 2002, the products and know-how were incorporated into the newly founded KraussMaffei Automation, a subsidiary of the KraussMaffei Group. The motivation for this was the increasing demand for highly complex system solutions including injection molding technology and automation from a single source. "This means that we are still offering our customers significant added value today," says Martin Strasser, Managing Director of KraussMaffei Automation.

It is not just a matter of designing individual robots, but of integrating them efficiently into overall production together with the peripherals. This applies regardless of whether it is an industrial robot, a linear robot from the LRX series or a sprue picker. At KraussMaffei, this is done via a central control system

KraussMaffei Automation has grown continuously over the years and now has two locations with around 200 employees. The location in Oberding-Schwaig offers valuable proximity to the headquarters of KraussMaffei Technologies in Munich, especially in the development of highly complex system solutions from injection molding technology and automation, such as the combination of industrial and linear robots. Whether insertion, removal, testing, trimming, assembly or packaging tasks, KraussMaffei Automation serves the entire portfolio.

The best example is the joint development of FiberForm technology. The FiberForm process developed by KraussMaffei combines thermoforming of organic sheets and injection molding in a single process. The result is fiber-reinforced plastic components that are particularly lightweight yet have high strength. They are used primarily in vehicle construction. An intelligent automation concept consisting of two combined LRX linear robots (TwinRobot) optimizes and synchronizes the process sequences and saves valuable cycle time.

The second KraussMaffei Automation site is located in Schwerin, northern Germany. Modular linear robots of the LRX series with payloads from 5 kg to 100 kg are primarily produced here. With these products, KraussMaffei serves both the market for demanding injection molding applications with the LRX linear robot and simple pick-and-place applications with the LRX EasyControl. The LRX EasyControl is easy to program and intuitive to operate, making it suitable for both beginners and experienced injection molding processors.

KraussMaffei benefits from synchronized assembly at the Schwerin site in the production of LRX linear robots. This ensures shorter delivery times (up to 40 percent), high quality thanks to production from a single source and fast support and retrofit services - such as the stocking of spare parts.

Just a little while ago in 2021, KraussMaffei brought the latest generation of LRX linear robots to the market. Benefits for plastics processors are the wide selection of axis lengths and wrist axes as well as optimal integration of peripherals. The EcoMode function enables energy savings of up to 20 percent—an important argument in light of soaring energy prices.

Today, sophisticated gripper solutions are another area of expertise of KraussMaffei Automation. Whether it is the handling and cutting of filigree components such as liquid silicone (LSR) micro-diaphragms for medical technology or the safe and reliable handling of large, heavy and difficult-to-handle components such as bumpers or dashboards. In 2015, another product was added: the SPX sprue picker.