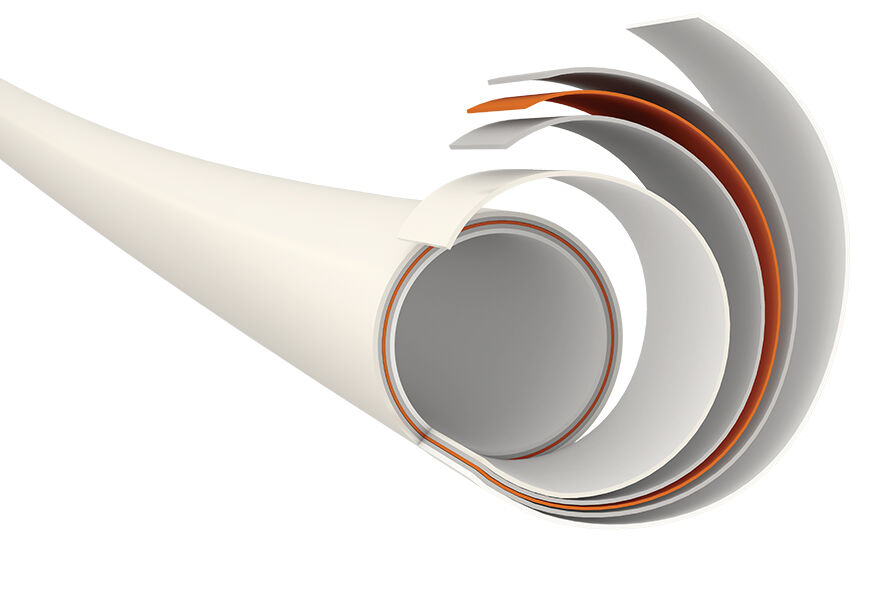 “Me too products were out of the question from the very start,” reports Michael Frenzel, managing partner of Enetec Plastics GmbH in Kleve, Germany, a specialist in the production of 5-layer PE-RT pipes for surface exchanger systems. After intensive research, he decided to use complete systems from KraussMaffei Berstorff of Munich, Germany, in order to produce pipes that are both competitive and high-quality. Today, Enetec Plastics – which was only founded in 2014 – operates two systems with a maximum production capacity of 40 million meters of pipe and has already ordered a third line to be installed in the course of this year due to its enormous success.

The parent company, which is based in Kleve in the Lower Rhine, is part of the Italian E-Group. For about thirty years, Enetec has been highly successful as an OEM supplier of heating and cooling systems throughout the world. “For the reverse integration to become a pipe manu­facturer, we first decided to produce competitive pipes for the products of our Group,” explains Michael Frenzel, managing director of the family-run company. For this reason, he founded Enetec Plastics and built up an ultramodern pipe production plant, which is unparalleled in Europe, in a greenfield project not far from the existing location. “While searching for suitable extrusion lines, the KraussMaffei Berstorff team of system engineers and technicians were absolutely convincing.” The engineering company was able to satisfy the specifications of the customer with respect to efficiency and delivery time. “The other thing that was very important to me was to have a partner who could offer me an integrated system – a turnkey system, so to speak – and one that worked impec­cably,” Frenzel underlines his satisfaction. The best proof of just how satisfied he is was the order for a second line after nine months; and now he has even ordered a third line. No longer does the specialist produce pipes only for the Groupʼs own needs; it exports 80 percent to customers around the world. “The key to the success of our products can be found in the typical German virtues of precision, orderliness and punctuality,” Michael Frenzel is convinced. With respect to his products, that means premium-quality pipes with absolute dimensional precision and an outstanding surface finish delivered precisely on time.

Today, 5-layer PE-RT pipes are, along with PE-X pipes, in high demand for underfloor heating systems. They are flexible and can be individually routed. Their EVOH layer provides an oxygen barrier and they are extremely durable. “In contrast to the competition product, the PE-X pipe, the processing technology to produce PE-RT pipes is much simpler as there is no need for subsequent treatment, for example for cross-linking,” Michael Frenzel explains his choice of PE-RT pipes. An additional growth market for these pipes is wall and ceiling heating and cooling systems, which are increasingly being installed in houses and offices around the world. The pipes typically have a diameter between 8 and 32 millimeters with a wall thickness of 1.1 to 3 millimeters. The ­KraussMaffei Berstorff pipe extrusion lines cover exactly this range of dimensions. For this, they are equipped with six single-screw extruders, each of which has its own gravimetric material metering, allowing different layer thicknesses to be perfectly configured. In detail, these are the KME 45-36 B/R main extruder for the PE-RT inner layer and the KME 30-30 B coextruder for the PE-RT outer layer. Two further co­- extruders of the KME 30-25 D/C type each plasticize the raw material for the layers of bonding material, into which the EVOH oxygen barrier layer is embedded. For these, a KME 30-25 is installed as a piggyback solution on the main extruder. Finally, the sixth extruder, a KME 20-25 D/C, also installed as a piggyback solution on top of one of the co-­ extruders, takes over appliance of the strips.

“While searching for suitable extrusion lines, the ­KraussMaffei Berstorff team of system engineers and technicians were absolutely convincing in making the sale.”
Michael Frenzel, Managing Director of Enetec Plastics GmbH

New pipe head with many advantages

The core component of the overall line is the KM 5L-RKW 01-40 5-layer pipe head, which is not only a novelty in the product range of the Munich-based machine engineers; it is also unique within the industry. “We have succeeded in designing a pipe head that combines multiple spiral distributor principles. The pipe head allows multilayered pipes to be manufactured at high line speeds with perfect layer thickness distribution,” boasts Andreas ­Kessler, General Sales Manager of KraussMaffei Berstorff. The inner layer is led over an axial spiral, while the layers of bonding material EVOH are distributed over three spiral distributors and a conical spiral has been selected for the outer layer. The main advantage of this design is the exact distribution of the layers, which allows for a signifi­cant reduction of the material costs in pipe production. “Short flow distances, complete self-cleaning and no dead zones for deposits to accumulate are the other decisive advantages of the new pipe head compared to conventional designs,” explains Andreas Kessler in detail, adding: “The new pipe head concept is not only useful for PE-RT or PE-X pipes. It can generally also be used for other multi-layer pipes in which precision and cost-­efficiency are of the essence.”

“By realizing the extrusion solutions for ­Enetec Plastics, we have proven that we are also able to design complete lines especially for this application from a single source,” the General Sales Manager continues proudly. The complete lines designed for and installed at Enetec Plastics also include the material metering and the downstream unit, comprising vacuum tank, spray bath and extractor. The customer only has to provide the winder itself. Last but not least, the C6 control system rounds off the complete solution. “We consider the automation concept to be an ideal precondition for economical pipe production,” explains Michael  ­Frenzel. The control system, which is designed for a coextrusion system with up to seven extruders, features an extremely modern and intuitive operation. Parameter pages can be individually and flexibly compiled and displayed on the 24" HD screen. “In the Enetec systems, the main extruder acts as the master via which the other units can be controlled, either individually or all together as a whole,” Andreas Kessler continues. And the Enetec managing director sums up by emphasizing that “the extrusion technology of tomorrow means that we are ideally equipped for the growing demands of the market.” 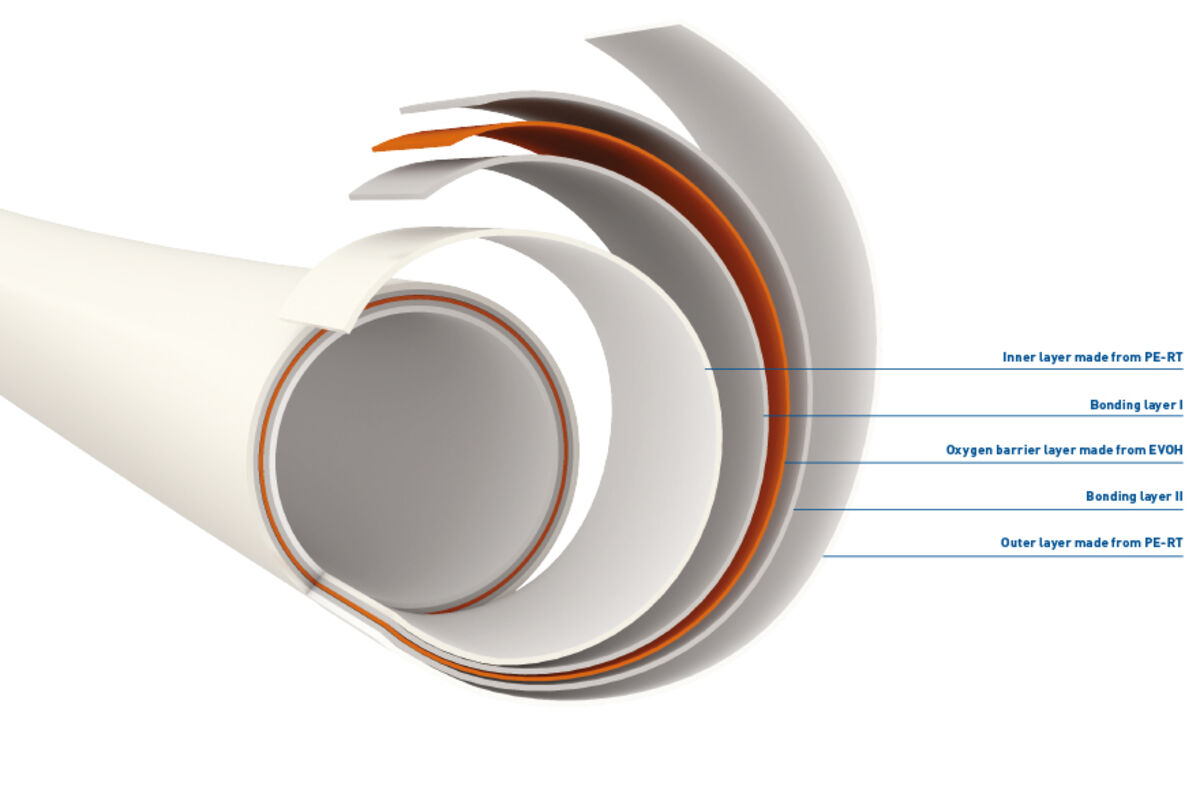 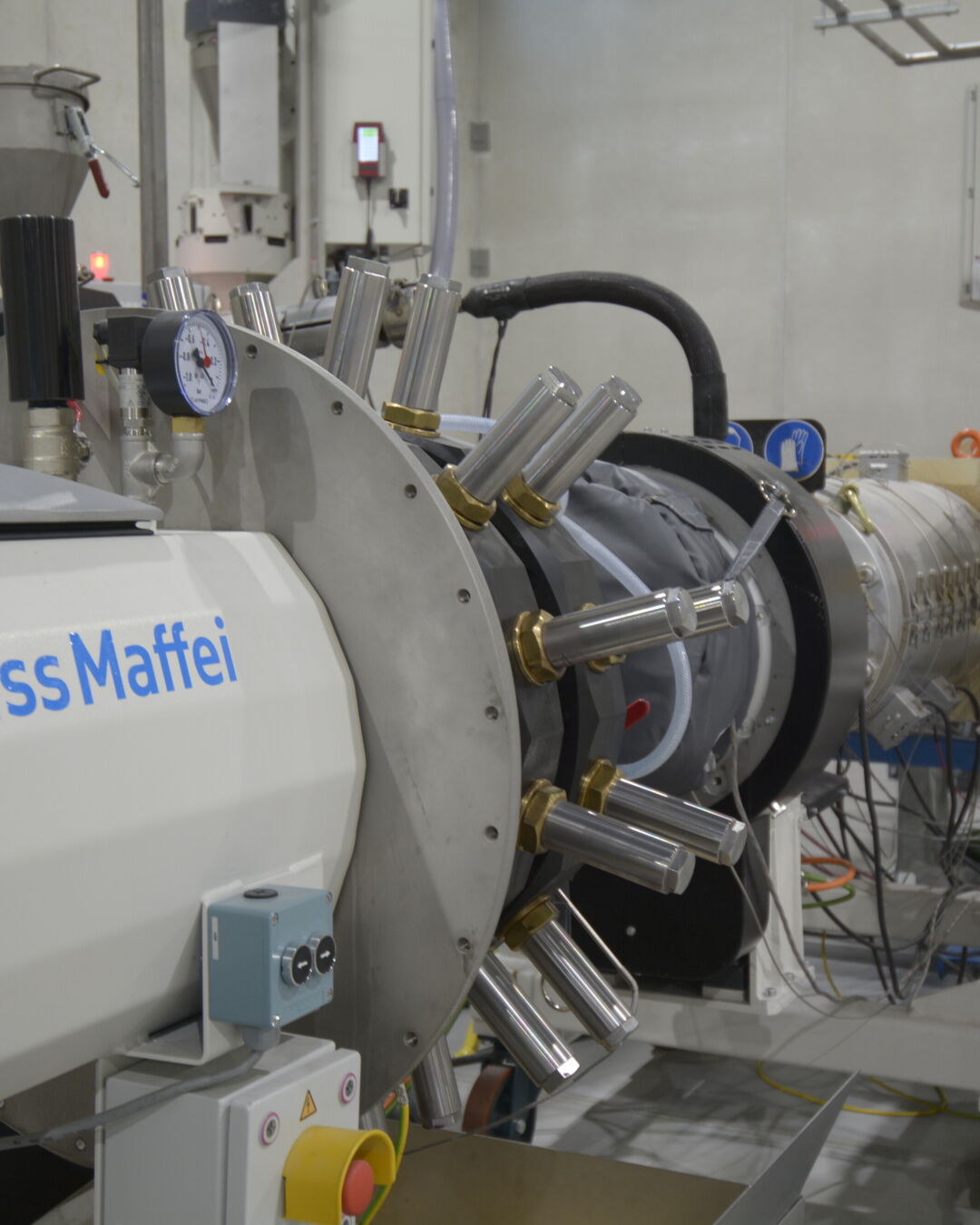 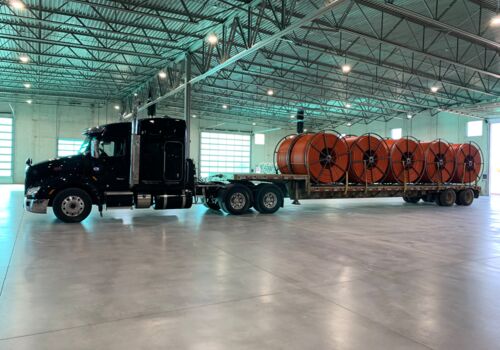 Flexible pipe production at the push of a button 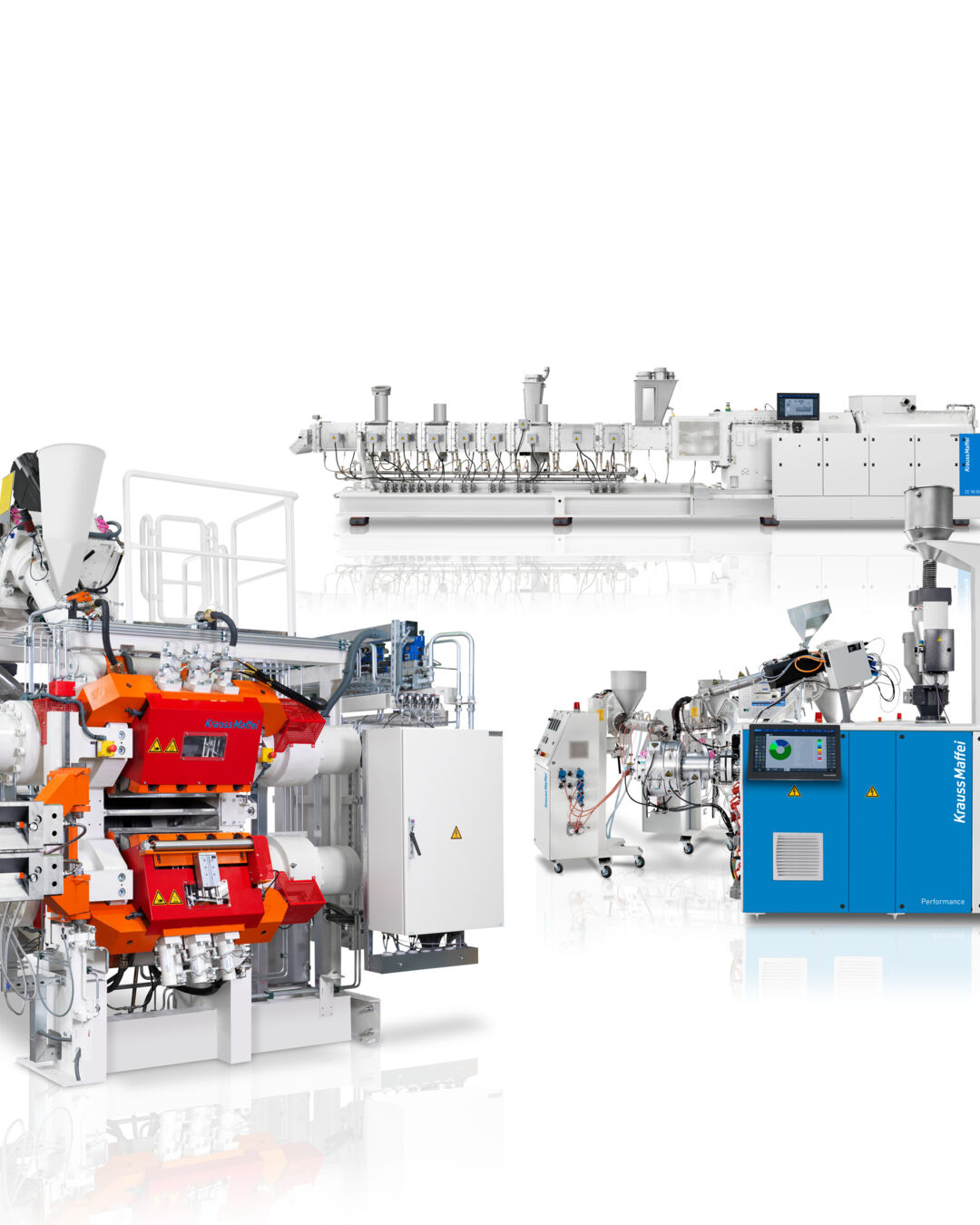 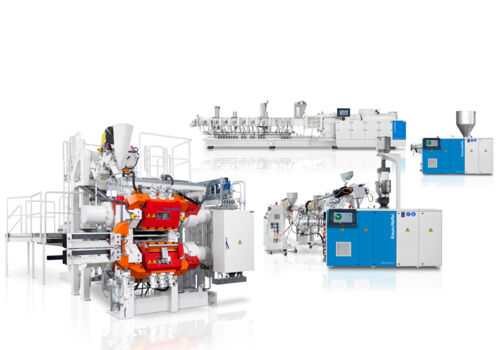 All under a single roof 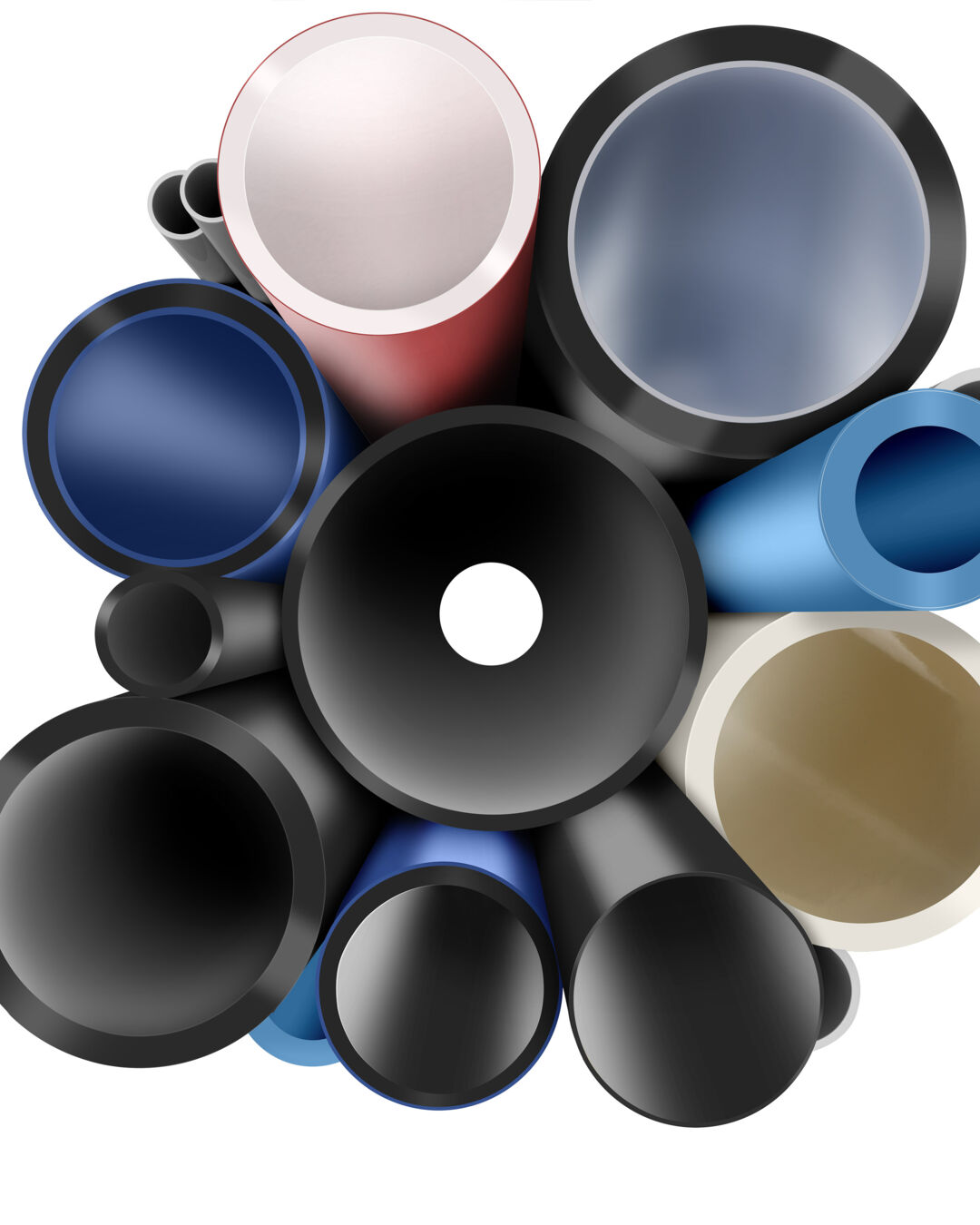 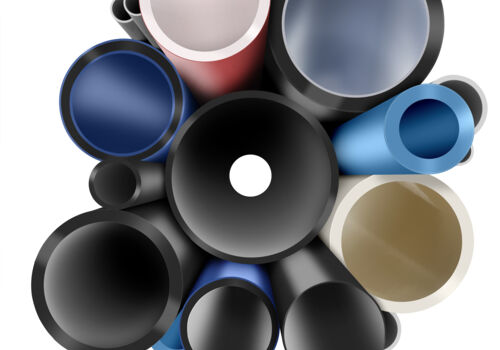 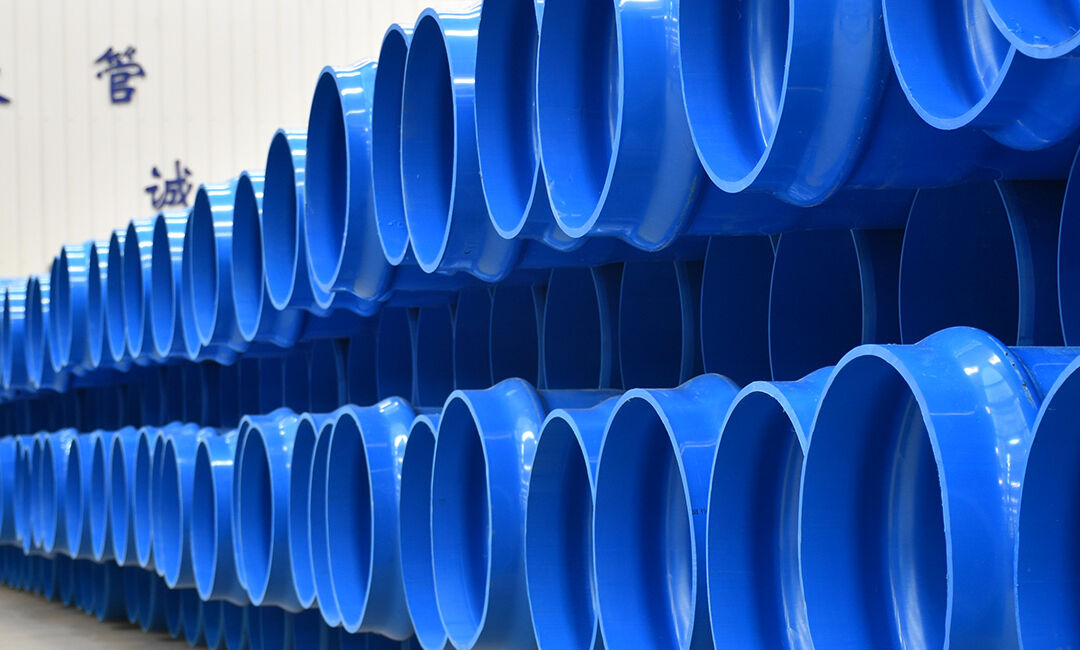 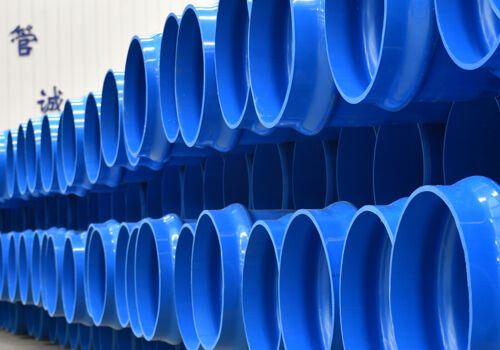