Users have been waiting for this: Netstal closes the gap between the proven injection moulding machines of the ELION series and the innovative ELIOS high clamping force series. Two new, smaller versions – ELIOS 4500 and 5500 – have been added to the initial ELIOS 7500 and 6500 models. They are certainly not lagging behind their bigger siblings.

"Manufacturers of thin-walled packaging know: The shortest cycle times paired with simultaneous top availability and quality are the key to an effective reduction of unit costs", says Netstal CEO Renzo Davatz. "When we developed the new generation of machines, we specifically geared them toward these specifications".

The result was the innovative ELIOS platform. With its performance and efficiency, it is raising the bar in the area of thin-walled injection moulding. The cycle times, high precision, and the robustness that is typical for Netstal, as well as the efficient use of energy thanks to an energy recovery system, have quickly won over customers in the packaging industry. "We sold more than twice as many machines as projected in the first year", reports Davatz. 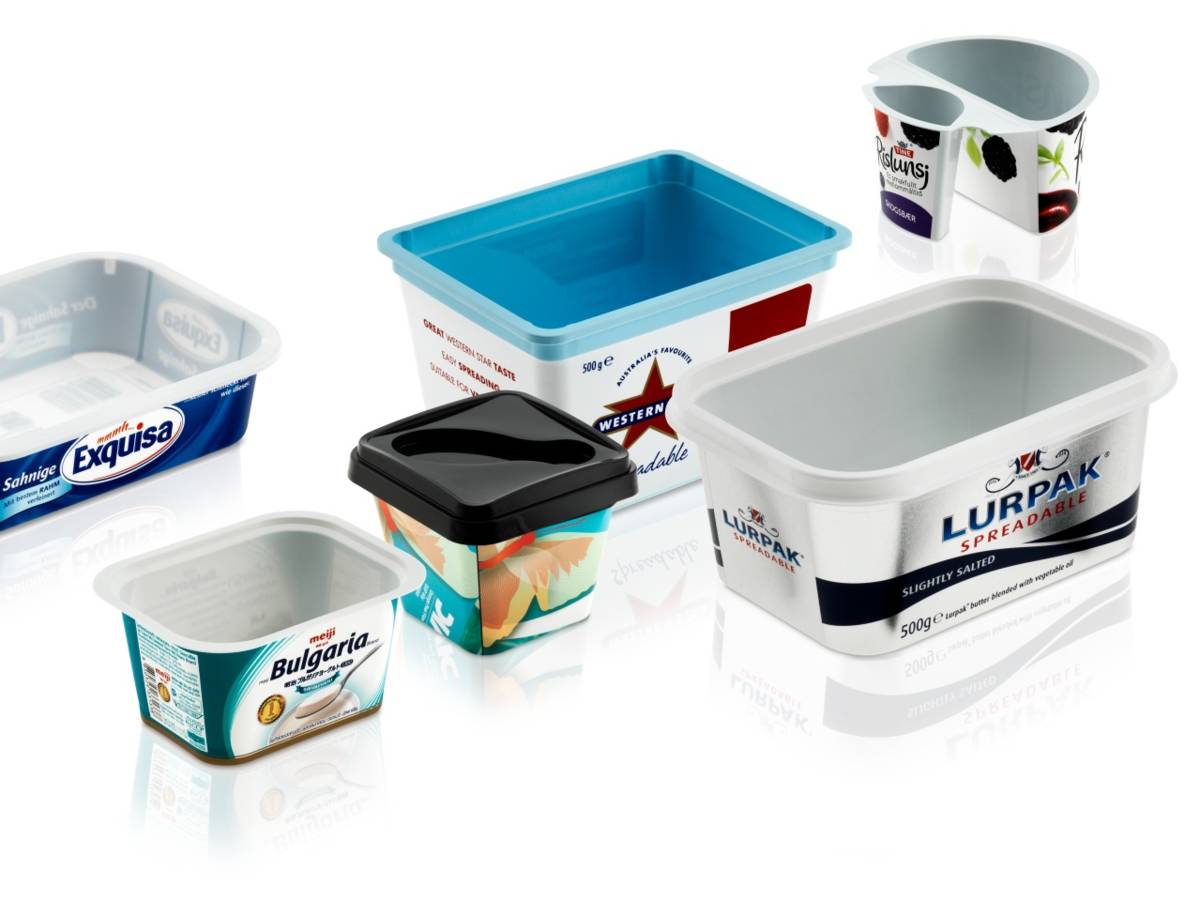 In the production of thin-walled packaging, Netstal's ELIOS convinces with maximum efficiency and quality.

"The beginning of a new Netstal legend: We sold more than twice as many machines as projected in the first year!"
Renzo Davatz, Netstal CEO 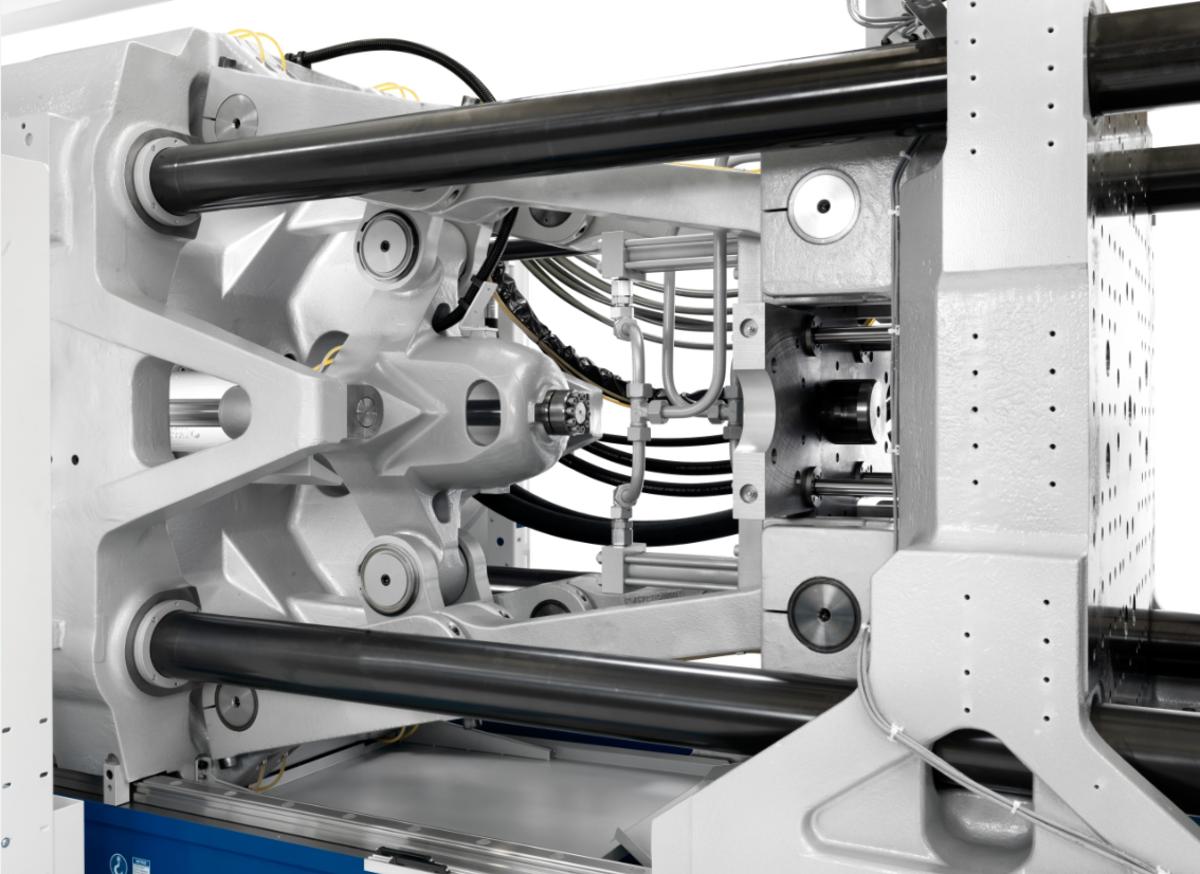 The clamping unit of the ELIOS 4500 achieves a dry cycle time of 1.5 seconds.

And what exactly does the successful design of the ELIOS series look like? The focal point of the new development is the drive concept with a five-point dual toggle lever. Netstal relies on state-of-the-art hybrid drive technology for the heart of the machines. It combines the energy-related advantages of electric drives with the high-power density of hydromechanics. The result is a remarkable acceleration of the process. 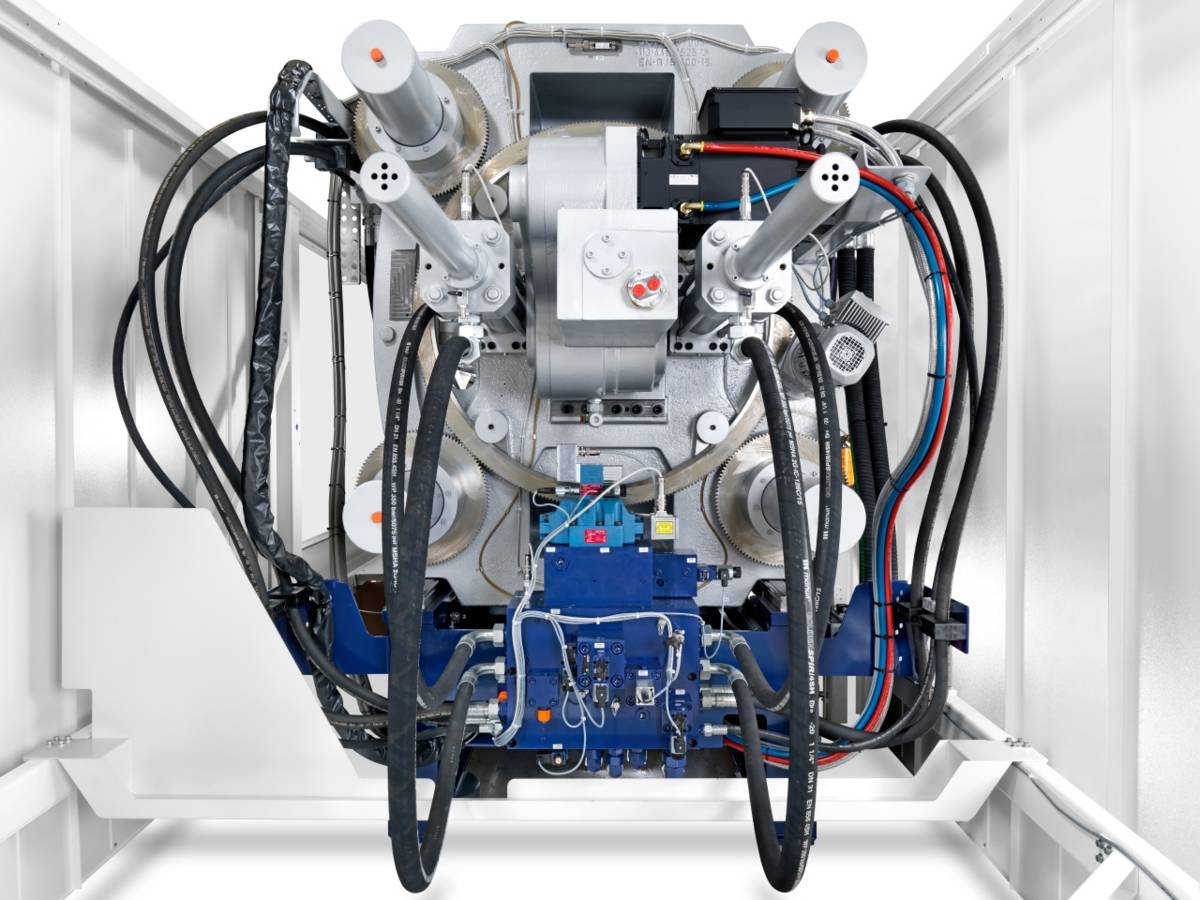 Thanks to the hybrid drive concept, the machines of the ELIOS series are the fastest in their classes.

Consequently, the movement of the ELIOS machines is generated completely electrically. This is achieved by a dual toothed-rack drive with a highly dynamic, water-cooled servo motor.  In the second phase, two synchronous cylinders, which feature a parallel alignment, support the toggle lever when it builds up the full clamping force. However, in an ELIOS the two phases of the clamping process do not take place consecutively but rather simultaneously.

"This concept offers many advantages, because the small mass moment of inertia of the motor allows high acceleration values and dynamic movements of the clamping plate. At the same time, the plate is moved very harmoniously while the mould position is controlled with great precision and in a way that is gentle on the mould", explains Davatz.  "And the simultaneous movement and clamping force build-up contributes significantly to the very short cycle times".

As a result, the clamping force powerhouse ELIOS 7500, for example, can achieve a dry-running time of 1.9 seconds.  The smaller models of the series are even faster:  The ELIOS 5500 achieves 1.7 seconds and the ELIOS 4500 even a mere 1.5 seconds. That makes all four models the fastest machines in their respective class.  However, stability does not suffer as a result of the high speed.

All four ELIOS machines are perfectly equipped for continuous runs with extreme loads. The plates, whose geometries have been optimised to withstand high loads, consist of high-quality cast iron with a ferritic structure.  That ensures a high overall strength.  Among other benefits, it guarantees an optimal flatness of the clamping plates.  The moving plate is supported by four tolerant linear guides in a manner that is particularly solid, and it moves with minimal friction.

"Thanks to the optimised toggle lever geometry with an optimal introduction of force, the user, due to the minimised plate deformation, benefits from a lower required clamping force and a very low wear of the machine and the mould", emphasises Davatz.  "What is particularly fascinating is how harmonious and smooth the clamping unit operates. It's easy to forget that multiple tonnes of weight are being moved back and forth in short cycles.

Another special advantage of the entire design: The optimised toggle lever geometry combined with the innovative electric drive concept offers ideal conditions for the recovery of the movement energy.  This kinetic energy, which is generated via the breaking processes, flows into the electric motor of the main drive.  There it is converted into hydraulic energy and stored.  The effect is remarkable: Compared to conventional designs, an ELIOS requires 50 per cent less energy.

With a series of different injection units and screw diameters, ELIOS machines can be custom-tailored for a wide range of applications.  Across the entire series, 33 combinations of clamping forces, injection units and screws are available to customers.  Thanks to the consistently modular design, this equipment tool kit allows the implementation of basically any application.

The great flexibility of media as well as the optimal accessibility of air valves, connections for hydraulic mould auxiliary controls, cooling water distributors and sockets for the connection of peripheral devices take care of the rest.  And let's not forget the control unit:  With its great precision, the aXos from Netstal is the ideal controller for the ELIOS series. 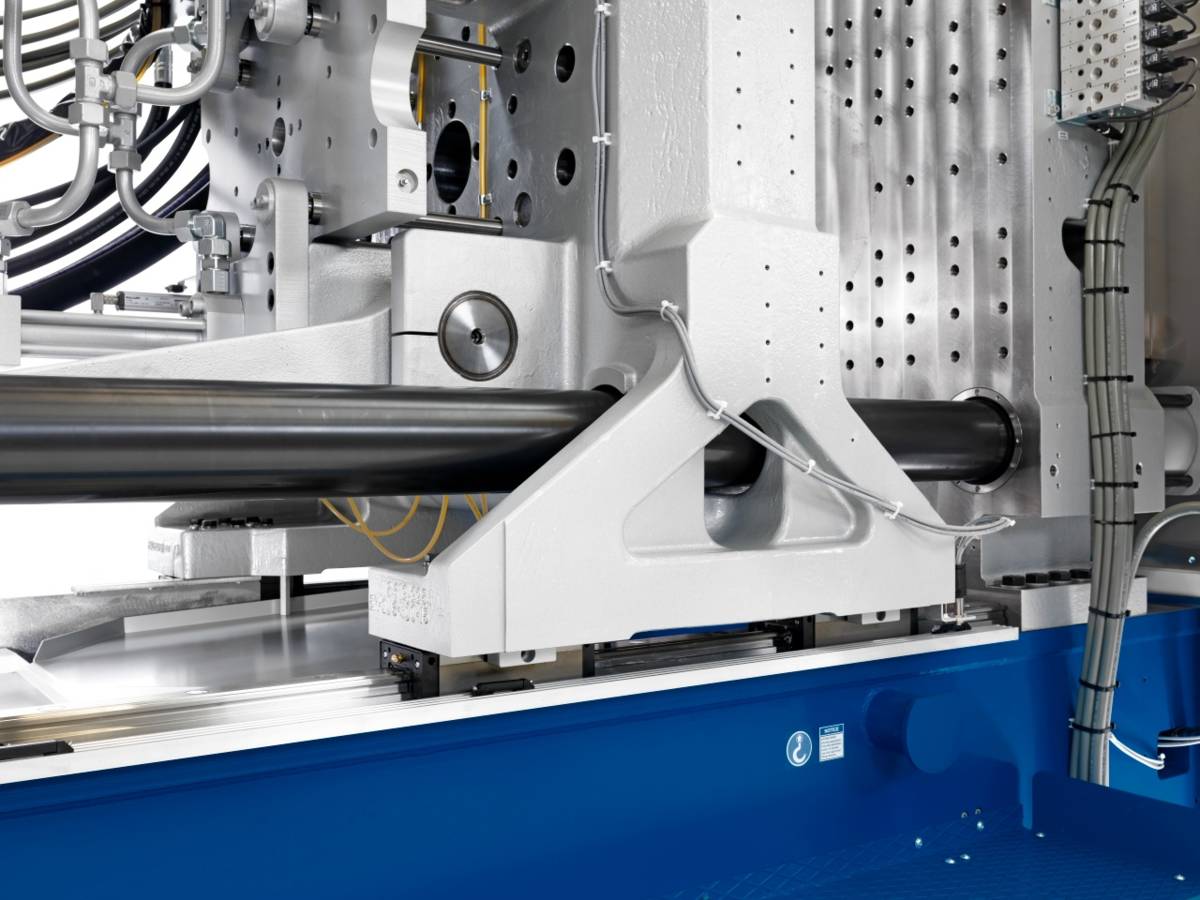 Designed for reliable and low-wear continuous operation under extreme load.

That is the motto with which ELIOS presented itself to the industry for the first time in November 2016. The Netstal engineers have stayed true to this motto during the development of the new models. And the best thing is: The positive sales figures show that this philosophy has hit the mark.